I know, I know… it’s my first ever double-month update, but despite what appearances may suggest this wasn’t due to being slack or forgetting. Quite the opposite in fact – I spent a lot of time on activities spanning both months, and it made sense to group them.

One of the main factors for this was spending a nice big chunk of time travelling around Japan during September and into October. I absolutely love the country, and after two earlier trips over there in reasonably quick succession it somehow ended up becoming six years since my last visit. There’s something about the logical nature of it, the natural beauty and the technology, the culture, the readily available excellent tea selections, and of course the food. Oh, the food. Having lived for 8 years in South-East Asia that side of the world feels very homely to me, and it was wonderful to be able to get back there.

Most of the trip was spent away from work, but there were also many opportunities to observe different usage trends in technology.

Having returned back I’ve thankfully been in London enough to keep my Japanese food withdrawal reasonably under control, and have been making a proper effort to keep up with my language studies. I’m determined not to leave it another 6 years, and would love to hear from any organisations or conferences who would like to give me a reason to go back sooner rather than later. 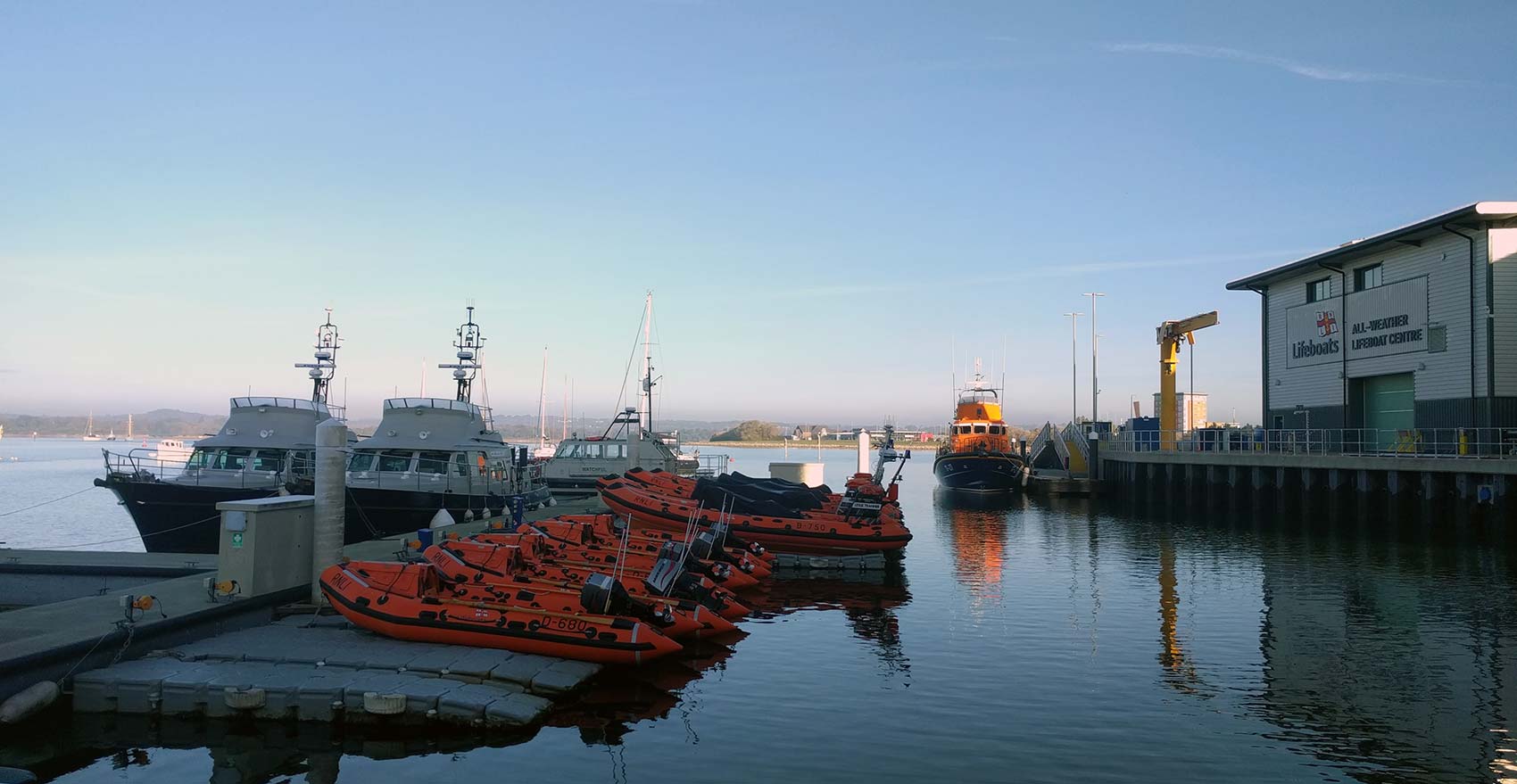 Either side of my travels I kicked off a project with the RNLI, who are a large UK-based charity who save lives at sea. In their own words:

“We provide, on call, a 24-hour lifeboat search and rescue service around the UK and Ireland, and a seasonal lifeguard service. With our lifeboats, lifeguards, safety advice and flood rescue, we are committed to saving lives.”

It’s a great cause, and one that I have a family connection to – RNLI Christmas cards feature on our fireplace every year!

I’ve been working with the (all-female!) Digital Transformation team there who have been incredibly welcoming, and have spent a fair amount of time on-site down in Poole. They’re just about to launch their new site so it’s all go, but that’s not what I’ve been working on. By day I’ve been looking at their digital technical standards, from high-level strategy down to low-level elements and scenarios around when certain solutions are appropriate, as well as having some involvement in the pre-Discovery phase and supplier selection for a new project. By night I have been working my way around the seemingly infinite number of Italian restaurants in the town, and marvelling at the quality of Pokemon available locally.

My original plan was to start the RNLI work immediately after my time spent with Manor Racing, although contracts, a baby, and logistics meant that there was unfortunately a slight delay. This wasn’t anyone’s fault, but it meant that I ended up with a couple of weeks gap that I hadn’t planned for. Whilst this can be a pain in terms of needing to revise cash flow planning, it did allow me to pick up my ongoing side project, write for net Magazine, and build and launch my personal site. Ensuring you keep a personal backlog of things to work on can really help if this happens.

Finally, in October I was really pleased to be able to re-join the Sport England project that I’d previously worked on earlier this year in my capacity as an ODI Associate. The ODI team had been hard at work progressing things in my absence, and what had started originally as a very Sport England-facing data/systems audit had become much larger. I’d explain what we’re looking to achieve, but this news story sums it up very well:

It’s not every day that you can say Sir Tim Berners-Lee is talking about something you’re helping with!

The great thing is that many different organisations all seem to be at the point where they’re looking to make something happen. The ODI, as a neutral party are extremely well placed to help push this forward. Building on the research I did earlier this year, and the work that the team have been doing without me, my bit at the moment is this:

“Providers will be helped to publish their data in a consistent format that’s easy to create and use, thanks to a new set of standards being co-developed with the sector.”

I’ve been speaking to different organisations about their needs, looking generally at data transport and structure, and reviewing existing standards (such as those on schema.org, and the W3C Sport Schema Community Group). We’re keen to work in the open, and I’m really excited to see what change for the sector this can bring.